The beam forces that are automatically designed for in the beam section design are  Major Bending Moment,  Major Shear Force &  Torsion.

The beam forces that are not automatically designed for (or even checked) are  Axial Tension Force, Minor Axis Bending Moment & Minor Axis Shear Force. These are called collectively as  Ignorable Forces in Beam Design Settings > Design Tab (as shown below). 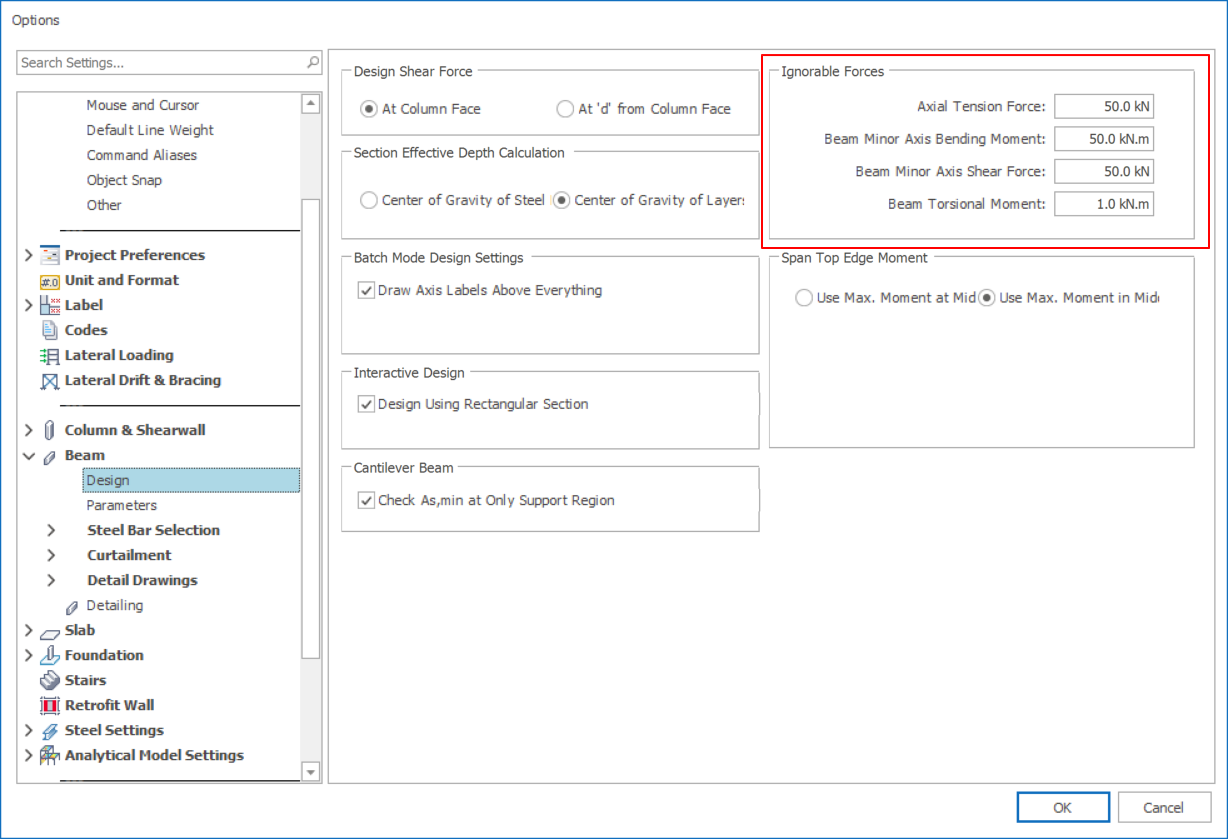 Users can set their preferred Ignorable Forces based on their own engineering judgement or calculations.

If the actual design forces exceeds the Ignorable Forces values, the beam will be marked as "Fail" with red cross even the reinforcement bars provided is sufficient.
When you double click these beams in  Beam Reinforcement Design to open Reinforcement Data Dialog or select the beams in plan view, right-click select "Beam Section Design", it will give you the Warning(s) stating that the design axial tension, minor axis shear forces, and/or minor axis bending moment exceed(s) the ignorable limits. 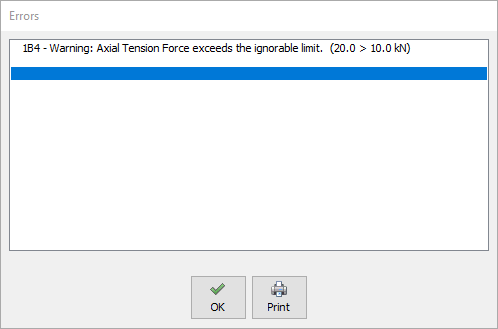 Also, you may find the warning message in the "Storey Beams" under the "Design" tab after done designing the beams by batch mode: 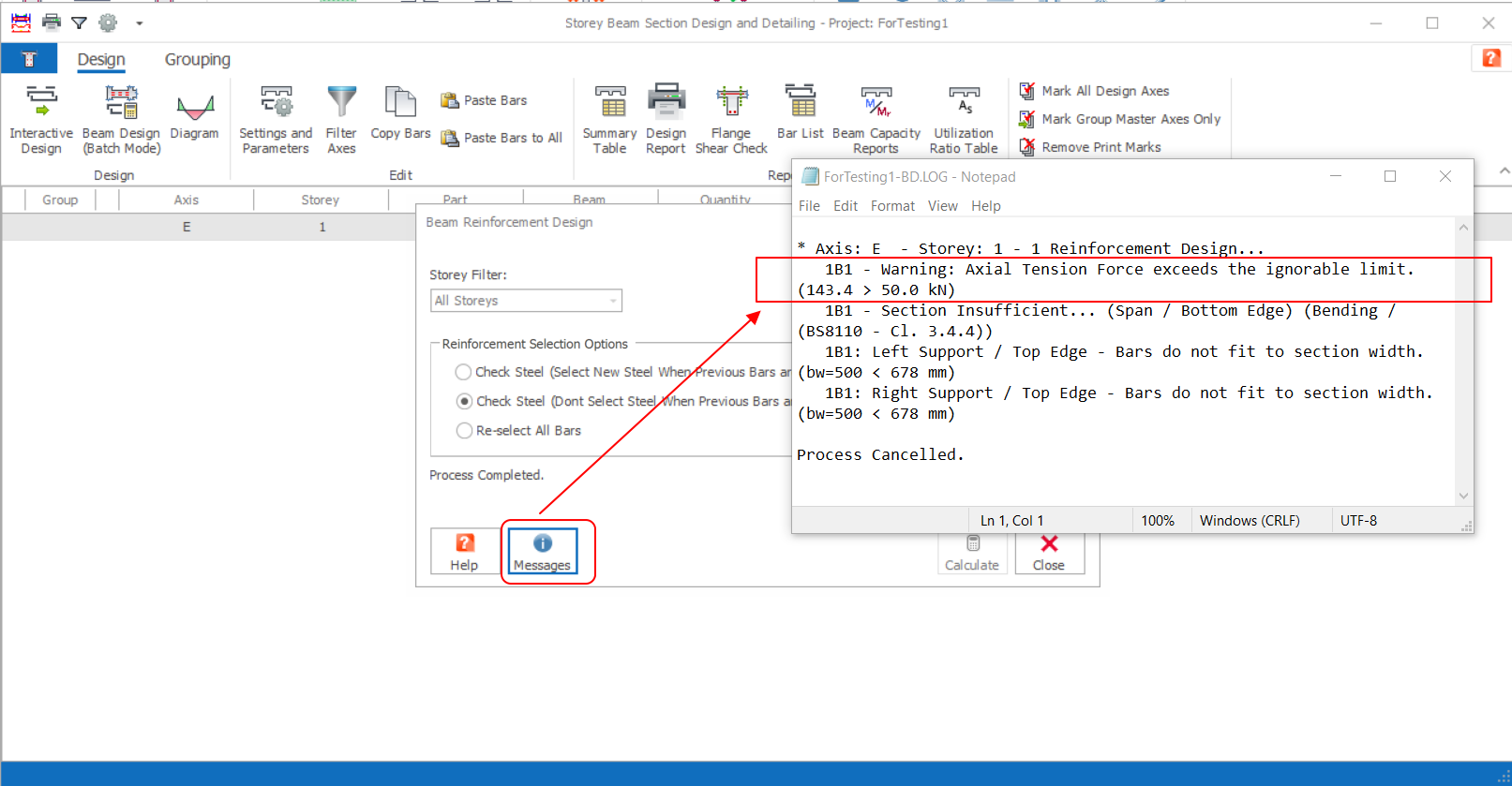 Why does a beam have high tensile force?

There are many reasons why a beam may experience high tensile forces :

1.   The beam is not connected to a slab and hence not restrained by the diaphragm which is formed by slabs, hence it is free to elongate, as hence tensile force is produced.

2.  Under high loads, especially lateral loads, beams that are not restrained by diaphragm may be in tension.

3.  Wrong modelling - if the beam is unstable, e.g. unsupported, etc. it may lead to unexpected or erroneous forces.  To check this, go to the " Analytical Model / Analysis Model and Results Display" to check the validity of your model. Refer to  How to check singularity or large deformation warnings during Building Analysis for more information on checking your model.

What can be done if beam fails ignorable forces

There are several course of action that can be taken when beams failed by ignorable forces :