To design an axis interactively either double click on it in the Axes Table, or click the “Interactive Design” button on the “Design” tab as shown in the GIF below.

An interactive beam design editor will be displayed which consists of two pages.  You can switch between the pages by clicking the "Rebars” and “Beams” tabs.

Usage of the Axis and Beam Data Editor

Click on the “Beams” tab to display the “Axis and Beam Data Editor” containing geometric data for the beams in the current axis. The distances between the axes and the column dimensions are contained in this table editor. 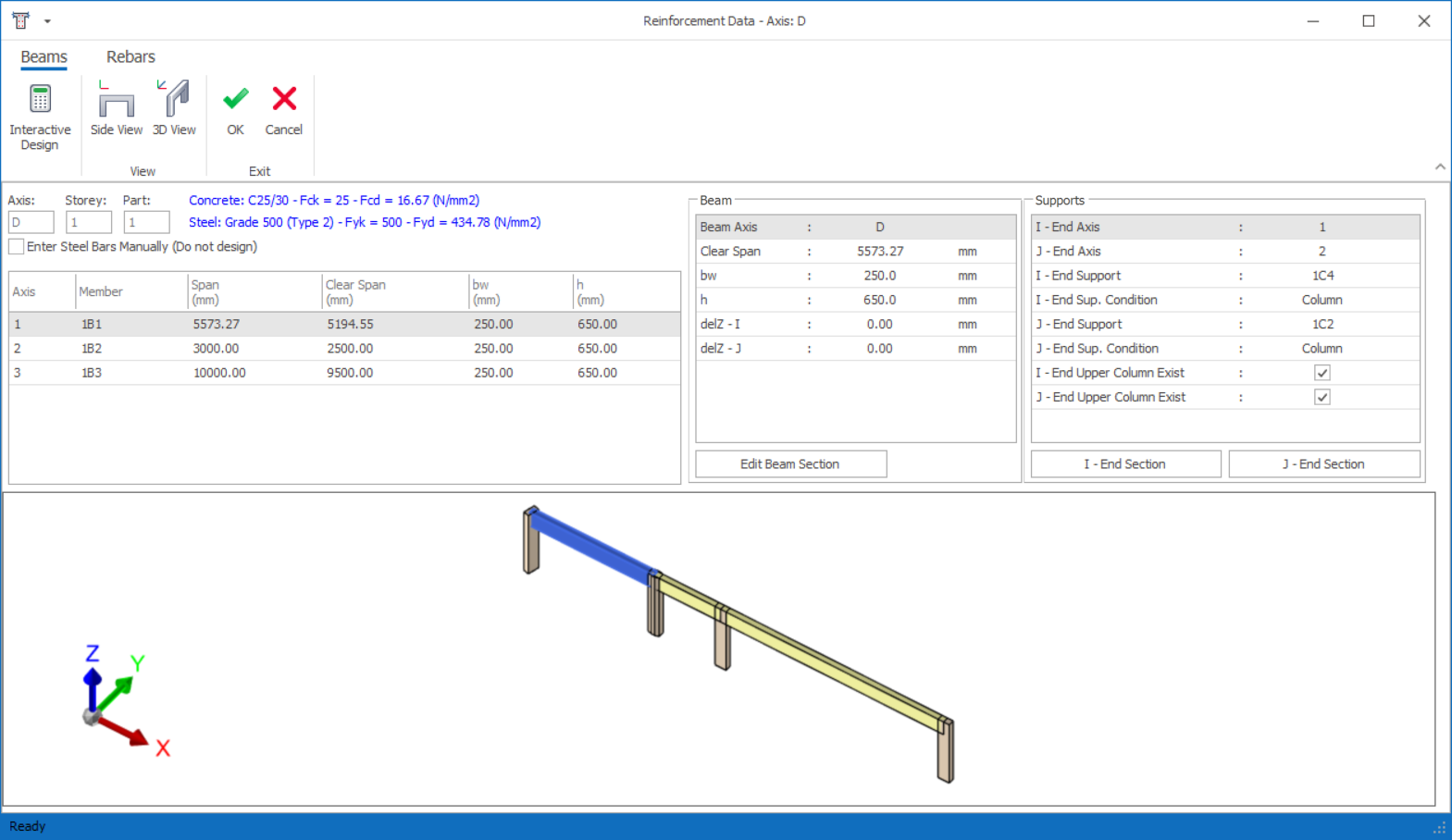 The columns in the “Axis and Beam Data Editor” are explained in detail below:

The labels of the axes that the current axis crosses appear in this column. “Axis Name” is restricted to a maximum of 4 characters.

This field shows the axis-to-axis span length of the beam. The values in these fields represent the distance between the axis on the current row and the axis on the next row.

These fields in the “Beam” column contain the labels of the beam in consecutive order. The typical labelling convention of beams in ProtaStructure is as follows:

The format of the Beam Labels generated by the Graphic Editor can be customised using "Member and Steel Bar Templates" on the Settings menu.


The “postfix” is a character for discriminating between beams having the same number. For example “1B23A” is a beam on the first storey, having 23 as beam number and “A” as postfix. “11B20” has the beam number 20 and is on the 11th floor.

Section dimensions of the rectangular beam are contained in these fields. “bw” represents the width of the beam and “h” the height.

These two fields, “delZ-I” and “delZ-J” hold the reference level value of the top of the beam for I and J ends respectively. Especially for the axes having beams with different top levels, the changes in z-coordinate are calculated using the values in this column. 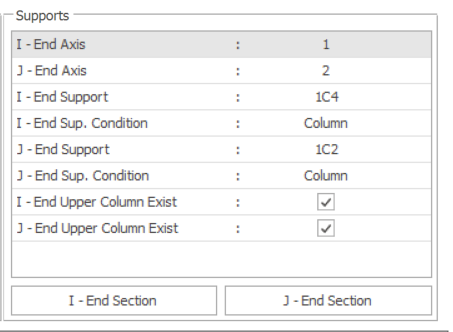 The “Interactive Design” button on the “Beams” tab of the “Axis and Beam Data Editor” can be used for viewing the moments and shear forces selected from the analysis results for the selected beam. 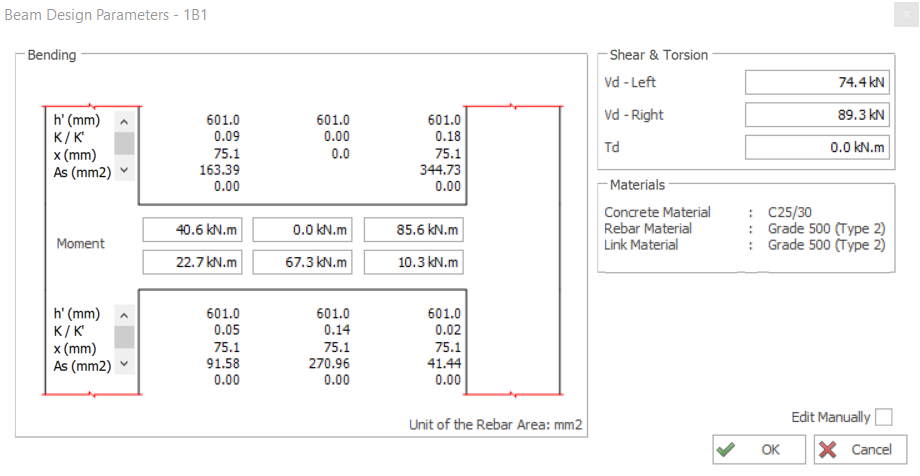 The displayed effects are:


By checking the "Edit Manually" option at the right bottom corner, these values are editable. In other words, the form can be used for calculating the steel for any given design moment. Editing moments fields will dynamically re-calculate and update the required steel areas.


The most critical shear forces for all combinations are transferred to the Beam Reinforcement Design module. These values are used for the shear design. The shear values, “Vd” fields, are also editable and any change in the shear force will update the shear reinforcement (links).

Only the shear force value at the supported end of the cantilever beams will be taken into account during the shear design. Links based on this shear force value (Vd) will be used throughout the span of the cantilever beam.
The dialog will be closed and any modifications will be saved if the “OK” button is pressed. The “Cancel” button will also close the Reinforcement Design Dialog, and the changes will be discarded.


The contribution of the bent-up bars (if they exist) in the shear resistance of the beams are ignored.